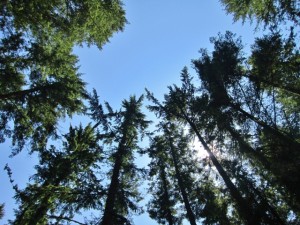 The idea of a public arboretum in south King County began to take form in 1965 at a small meeting in the Renton home of George Tersiisky, a then-recent immigrant from Bulgaria. Enthused by Tersiisky’s dream, the first supporters, Ardis Johnson, Lillie Wagner and Mayor Isabel Hogan, recruited like-minded volunteers and designed a blueprint for action. A non-profit foundation was incorporated in the State of Washington that same year as the South King County Arboretum Foundation (SKCAF).
Busy years followed as the founders addressed the many needs of a young organization with limited funds and minimal public familiarity. Encouraged by enthusiastic correspondence from many public officials, they began to search for an affordable and appropriate site.

In 1970, the County engaged an architect whose overall design for Lake Wilderness Arboretum was approved by the Parks Department and endorsed by the Foundation. A growing membership and devoted volunteers proceeded to enact manageable elements of the design. The resort’s old corral became an active nursery for the propagation of plants, including trees and shrubs.

Development and operation required funding and the concept of a plant sale became reality. In 1971, donations and nursery stock went on sale on the board walk at the Golden Steer Restaurant at 240th and Benson in Kent. Now taking place at the Arboretum, the Spring and Fall Plant Sales have become annual events and a major funding source, as well as an educational event and a community festival.

In 1972, augmented by Forward Thrust funds, the County installed a well, electricity, a lath house with overhead irrigation and cyclone fencing at the nursery site. These projects were jointly completed with Arboretum volunteers and students hired by the King County Work Program. Later in the 80’s, the County approved and funded the field irrigation, installed by volunteers and work program youth.

County-wide comprehensive planning in the early 90’s involved community input to establish the use of public property in King County. The resulting plans for the park and Arboretum serve as a guideline as the Foundation continues to develop the Arboretum into a regional resource.

Acquisition by City of Maple Valley 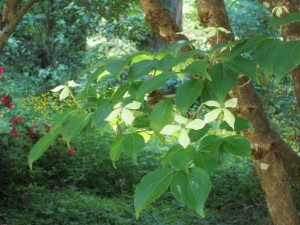 Lake Wilderness Arboretum is one of the few remaining public gardens in south King County. It is a retreat and an outdoor classroom. The trails that meander through natural forests, display gardens and the nursery should be protected for future generations. The connection to Lake Wilderness Park and the partnership with the City of Maple Valley ensures the 42 acres will continue to enhance the natural beauty of the community.